when I ordered my Infinity deck , Shadow Masters and other decks , it all come nicely to my house , and it only took me TWO days to reach my house ,...
Read More...

received the item in good condition.delivery was quite fast.satisfied
Read More...

Has been a customer of Jackson for years. Whenever I wanna place an order i ALWAYS forget my password, thats why keep creating new accounts....
Read More... 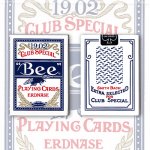